It’s Saturday night, you’re 20 years old and out partying with your college friends. Someone suggests going to that new nightclub in Jacksonville Beach.

No problem, you think. You recently bought a fake id saying you’re over 21 that will make it easy to buy a couple drinks. 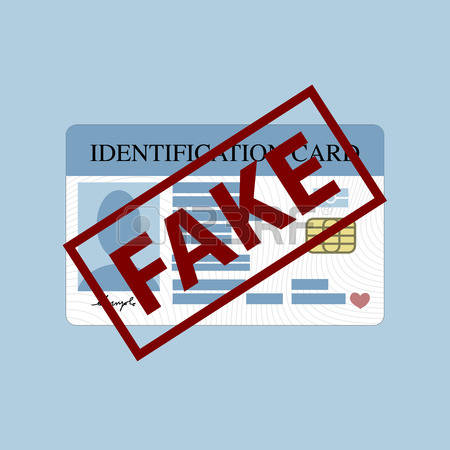 However, the bouncer at the club spots the fake, keeps ID and prevents you from entering the bar. While you’re hanging out in the parking lot, a police officer walks up holding the ID and asks if it’s yours.

Since your response could have life-changing consequences, it’s important to understand your right not to make self-incriminating statements.

Specifically, here’s our advice in this situation:

At this point, that police officer is investigating a potential crime and is questioning you as a suspect.

RESPECTFULLY ask if you’re being arrested. If the officer says you’re not, then politely terminate the encounter and walk away.

If the officer chooses to detain you, RESPECTFULLY invoke your right to an attorney before making any statement.

While it might seem a rite of passage to possess a fake ID in college, it’s considered a serious criminal offense in Florida.

According to Florida Statutes, Section 322.212, possessing a false identification card can be prosecuted as a felony offense.

Consequences of a conviction could include:

Given these harsh penalties, the best advice we can give anyone underage in Florida is: Don’t buy or possess a fake ID.

What is a Fake ID?

It’s any form of official identification that’s forged or altered in a way that establishes a false identity.

Also, authorities could consider your use of a “borrowed” ID as a fake ID, which could lead to identity theft charges.

Plus altering your driver license by changing the date of your birth is unlawful.

Seek Our Assistance if Caught with a Fake ID

Fusco Law Group is always available to provide the legal assistance you need.

As with most criminal charges, a proper defense that considers the full scope of the circumstances of your case could determine an encouraging outcome.

With years of criminal court experience, we’ll expertly handle and present the information regarding your case. Our goal would be to build a defense that, hopefully, will mitigate, divert and even expunge traces of the fake ID charge and your arrest.

That’s why it’s important not to make statements to authorities without an attorney being present.